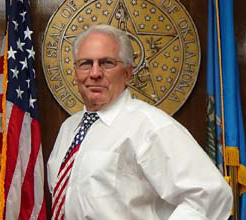 Jim Lloyd is the lawyer who defended the real-life case in his true life book, ALMOST A MURDER.

Jim is a member of the Missouri and Oklahoma Bar Associations as well as the Oklahoma Association for Justice (a preeminent and influential force at the Oklahoma State Capitol for over fifty years). It is meaningful to Jim that the group has worked to pass some of the most progressive legislation to protect the jury trial system in the United States.

Early in his career, the Oklahoma Bar Association honored Jim as “the Outstanding Young Lawyer for the State of Oklahoma”. In part, he was recognized for his volunteer service to the community, which he has continued throughout his life.

Jim was named in Who’s Who in American Law and was invited by Melvin Belli to become a Lifetime Trustee of the prestigious Melvin Belli Society. This honor is only offered to a select “group of lawyers who had distinguished themselves as trial lawyers and who were dedicated to the principles of education on an international basis.”

Governor Frank Keating appointed Jim to be one of 10 State Commissioners  (as part of an official Oklahoma Race Riot Commission) to investigate the 1921 Race Riot. Approximately 150 lawsuits were filed by the survivors seeking compensation for extensive property losses from the fires that burned down the Greenwood District of Tulsa. The “Black Wall Street” was all but destroyed and 100-300 of its residents were killed by looters and rioters – some of them agents of government.

Those same 150 case files disappeared and remained hidden from public scrutiny until Jim “accidentally” found them at the Tulsa County Courthouse only 2 weeks before they were to be micro-filmed and destroyed.

The erosion of a nation’s concern for life and for individual rights has always preceded the intrusion of tyranny. – Gerry Spence

Jim is a native Oklahoman. He graduated from Nathan Hale in Tulsa in 1968. He Oklahoma State University with a prelaw major in economics and graduated in 1972.

He attended law school at Oklahoma City University for a year before transferring to the University of Tulsa School of Law.  He passed the Oklahoma Bar Exam while still in law school. During his senior year of law school, he worked for the Creek County District Attorney’s office as its first legal intern. Jim is also a proud graduate of Gerry Spence’s Trial Lawyers College.

The best antidote for crime is justice. The irony we often fail to appreciate is that the more justice people enjoy, the fewer crimes they commit. Crime is the natural offspring of an unjust society. – Gerry Spence 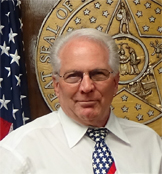 Jim along with his wife and son run Lloyd & Lloyd, a “small but mighty” law firm in Sand Springs, Oklahoma.

Lawyers should be chosen because they can demonstrate a history rich in human traits, the ability to care, the courage to fight, the will to win, a concern for the human condition, a passion for justice and simple uncompromising honesty. These are the traits of the lawyer.  -Gerry Spence

Upon law school graduation, Jim worked for Texaco for a year in Houston, Texas. In 1976, he opened his law office in Tulsa.

Jim wrote an advice column, “Ask a Lawyer” in the Tulsa World newspaper which ran for years. Lloyd also ran booths at the Tulsa State Fair as part of The Bar Association’s community outreach program to inform people about their legal rights. As Chairman of the Tulsa County Speakers Bureau, Jim often explained to elementary school children through high school students what it is like to be a lawyer

Jim holds a black belt in karate and is a local bee sting guru, dispensing stings and advice to all comers about the benefits of bee venom therapy. Lloyd was also  the legal adviser (but has since retired) to the national American Apitherapy Society.

The nonfiction novel, ALMOST A MURDER, can be found online and in bookstores in 57 countries around the world.